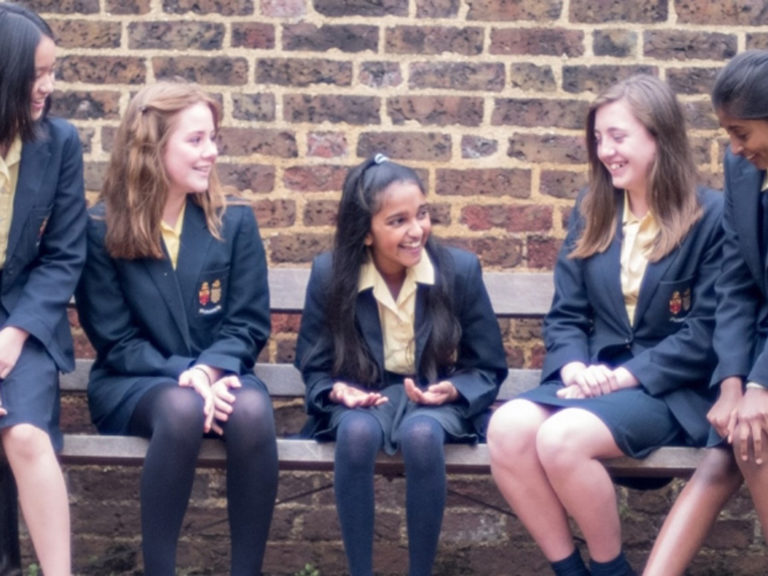 The ethos of Watford Grammar School for Girls favours principled action over hopeful ideas, an attitude which is summed up by the alternative motto: “I can do it and I will do it”.

For this reason, our policies, particularly those which directly affect the pupils – Behaviour, Bullying, Child Protection – are written as accessible codes of conduct or as procedures to be followed in certain circumstances. The school believes that only when specific examples of bad behaviour occur should there be an automatic punishment. These specific misbehaviours include physical violence, smoking, involvement with drugs or alcohol, and misbehaviour on school trips. The automatic sanction will usually be a fixed term exclusion from school (or being barred from participation in school trips for a given period).

The School Code, was developed through collaboration of pupils and staff to reflect the values of our school, and acts as the basis of our Behaviour Policy. It specifies the expectations the school holds for the conduct of pupils and staff. The school also has a clear set of rules, based on the School Code, which give clarity for students about how they should behave.

The school’s values include inculcating an understanding in the pupils of appropriate behaviour in any situation, whatever the degree of formality.

What are the school rules regarding mobile phones?

Girls in Year 7 – 11 are not allowed to use their mobile phones in school for any reason whatsoever. The phone may be brought to school but it must be kept out of sight and silent throughout the school day (or in a locker if in Year 7).

There is considerable evidence that mobile phones can have a negative impact on learning.

The Harvard Business Review also found that even having the phone nearby, even if it is switched off, can impact on concentration levels.

Is this the same rule for Sixth Formers?

Sixth Formers may use their mobile phone in the Tennet Centre and study area in the Food Factory during silent study periods. Smart devices, including phones, may also be used in lessons, with the express permission of the member of staff. At all other times, including walking to and from rooms, the phone must not be seen or used.

What is the sanction for being found with a mobile phone during the school day?

If a phone is seen, heard or found it will be confiscated and held by the Headmistress for one week.

Why is it kept for a week?

The period of a week ensures the consistency for all pupils and such an extended period of time ensures the girl rarely repeats the offence. If the sanction were shorter i.e. four days, then if the phone were confiscated on a Monday it would be returned by the weekend; however if it were confiscated on a Wednesday, then it would be retained over a weekend. It is important that sanctions are consistent and fair and the sanction of one week ensures all girls will experience one weekend without their phone.

Are you legally allowed to confiscate a phone?

Government legislation does allow for schools and headteachers to confiscate property. The school is required to ensure that pupils and parents are informed of the school’s policy and that measures are put in place to enable pupils to remain safe.

The school makes its position regarding pupils’ mobile phones very clear and allows pupils to call home from the school office. We also provide supervised study for one hour each day for any pupil who needs to stay on site for a parent to collect them.

My daughter has learnt her lesson. Can she have it back before the end of the week/over the weekend?

I do receive requests from parents to return their daughter’s phone to them before the end of the week of sanction.

I have refused this request on each occasion and do not intend to relent in the future. Given the strength of evidence that mobile phones have a detrimental impact on learning I believe that this is a rule that must be enforced and maintained.

How can my daughter be kept safe without her phone?

There is very little evidence that having a mobile phone will keep a person safe from harm.

If you do not wish your daughter to travel home without her phone then she may remain in school, either in the Study Club or in the Tennet Centre if she is a sixth former, until an adult can collect her by 4.30pm. After 4.30pm she may wait in the ‘Safe Space’ which is found in the reception of Fuller Life in the Sports Centre. All girls may also ask to use a landline phone to contact home at the school office.